The TRedess Fourth Series Low Power is a family of air cooled UHF and VHF Transmitters, Translators/Transposers and Gap Fillers (for DTT and DAB+), which bring together high-quality performance, modularity, flexibility, outstanding compactness and smart installation and operation, thanks to its all-in-a-box standalone architecture (exciter and amplifier on the same chassis). TRedess Fourth Series Low Power provides output power ranges up to 400W (500W for ATSC 1.0) and covers the DVB-T/T2, ISDB-T/Tb and ATSC 1.0/3.0 standards, for both MFN and SFN networks.

Fourth Series ultra-compact units (up to 75W in 1RU, up to 150W in 2RU, and up to 400W in 3RU) are ideal for scenarios with space limitation at the site. Moreover, the units are very modular, with several built-in options that can be useful for optimizing costs and space usage in multiple scenarios, like the built in GNSS receiver, built-in Satellite receiver with CAM (DVB-S/S2), built in Terrestrial input (DVB-T/T2) for retransmitters and the built-in Remux functionality (for ISDB-T). Fourth Series units include the complete local and remote control plus the Dual drive and 1+1 / N+1 redundant functionalities for increasing the system reliability.

Example: cancellation of an echo 20dB higher than the signal with DEEC echo canceller, with output MER > 27dB. 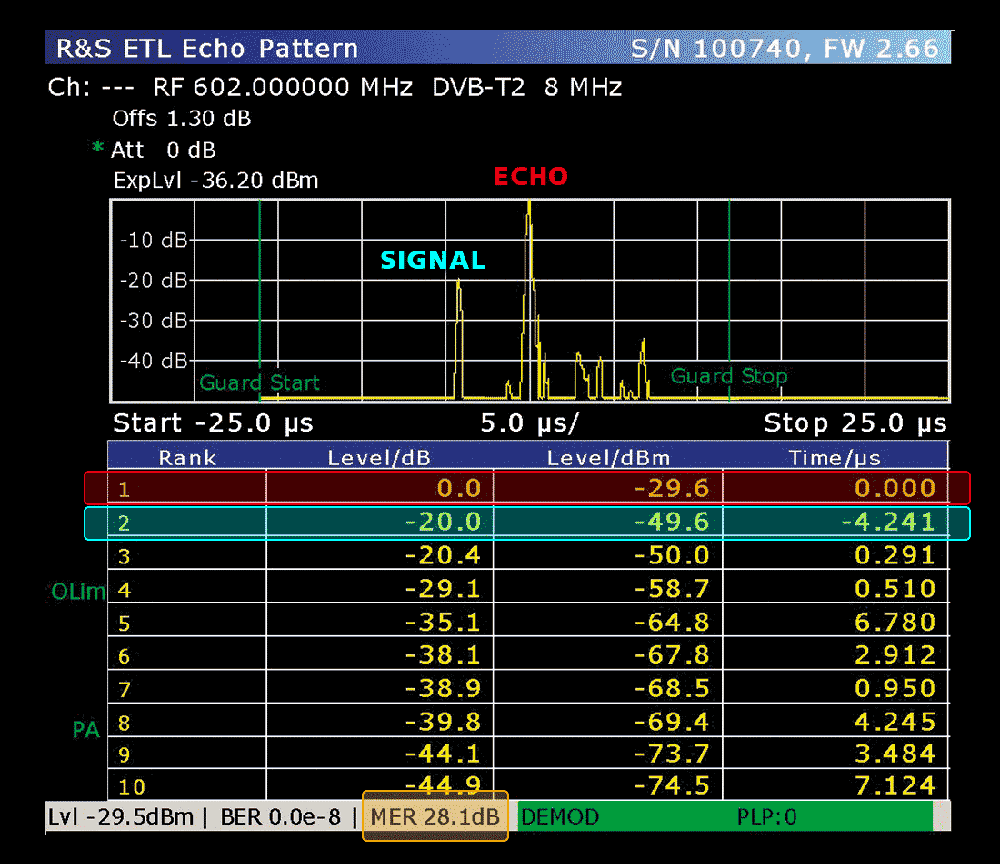 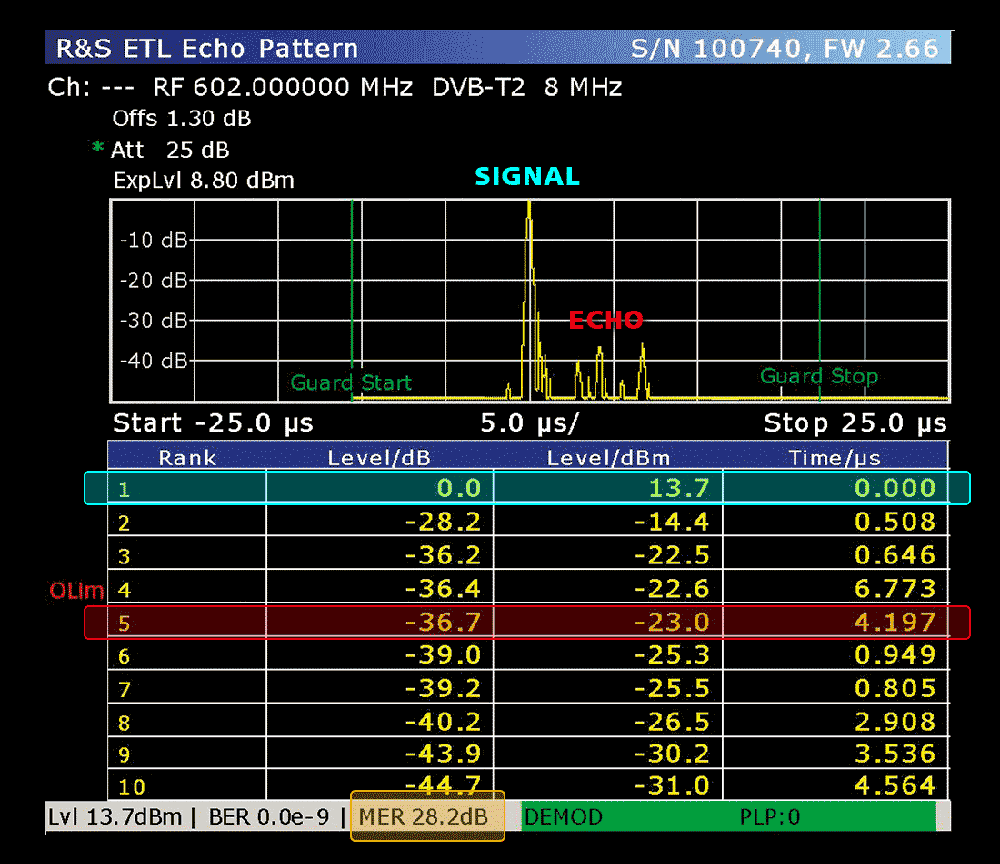 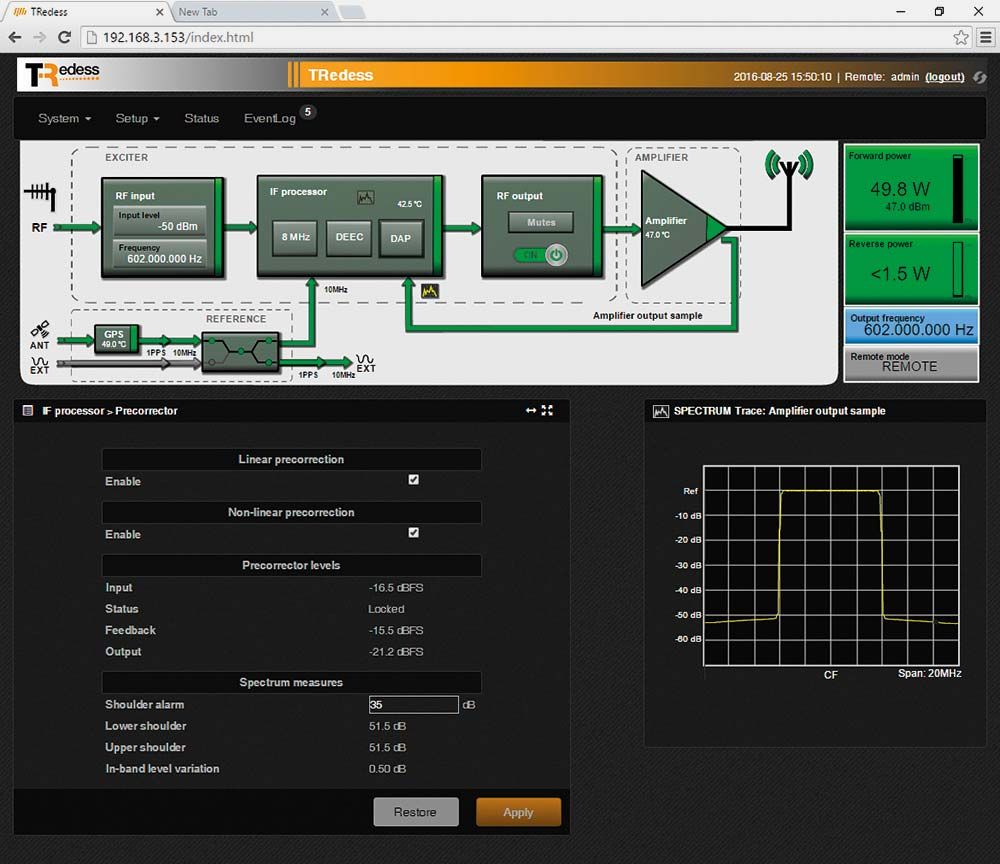 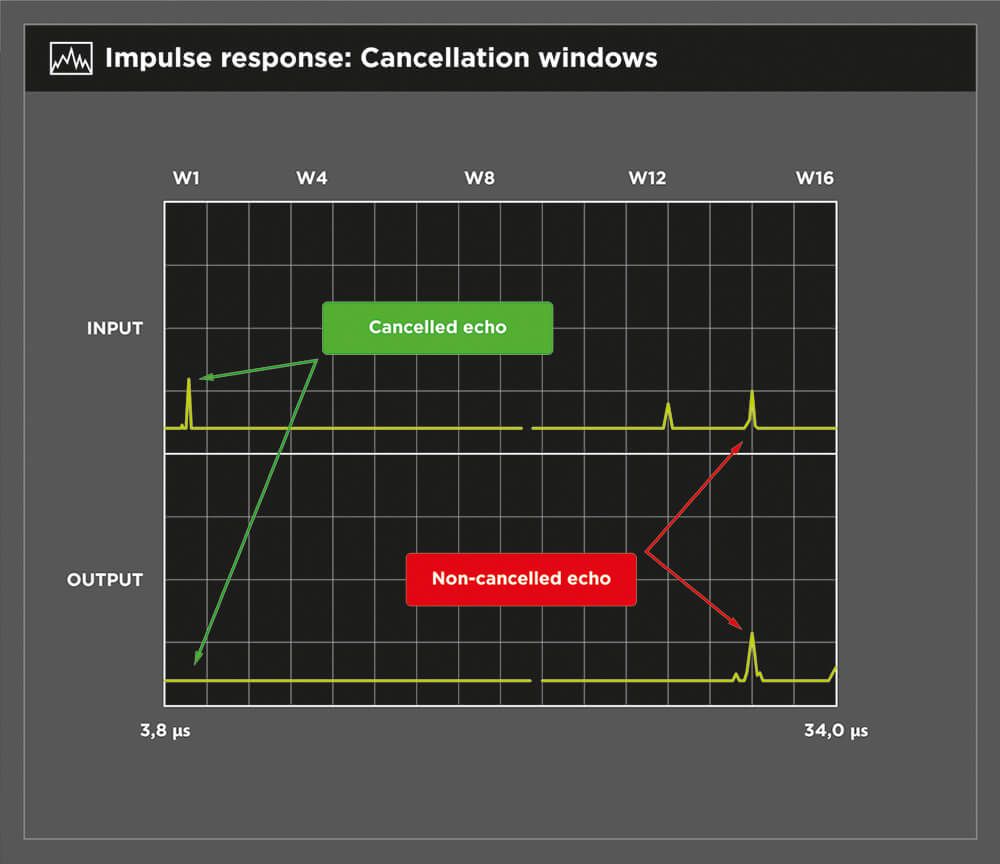 Danny Bol
Please contact Danny with any questions or business opportunities relating to the Broadcast Industry. We love to be involved in developing new solutions and bringing these to the Dutch market. Contact form danny.bol@heynen.nl
+31 (0)6 23 06 07 12

Celerway Arcus delivers a 93% increase in upload speeds for TalkRADIO

Measure, analyse and diagnose radio and TV signals in any scenario

Over the Top & Multi-screen Web/Mobile TV

LiveU's LU600, Takes your live mobile livestream, webstream broadcast and/or postproduction workflow to the next level

In the world of Broadcast Television, monitors play a critical role

Calrec's ImPulse1 - the powerful, flexible, feature-packed and future-proofed audio processing and routing engine in a compact 1U solution!

FiberLink: all benefits of fiber optic transmission along with broad format support and reliable performance

Artel's lessons learned Part 5: Why Diagnostics Are Key to IP

From Dante to SIP without extra hardware - Ferncast Case Study

Why moving from proprietary to IP networks for Broadcast Facilities (AoIP)?

Using LiveU in a cloud production

How to build extra resilience into your IP broadcast networks

How You Can Save with LiveU

IDS TS10.1: One display for all the information and alerts you need to keep your broadcasts running smoothly

Control from the Cloud with Evrideo

Ferncast announced that aixtream is now a full input/output matrix.

Get the best end-to-end solution for the Summer games!

Anechoic Response of a Loudspeaker Without an Anechoic Chamber: Splice Sequence

Wat is REMI of at-home productie?

Celerway Arcus: Powerful and rugged router for your most demanding on-the-go connectivity requirements, with 5G support

Recorded webinar: Measuring and Monitoring the QoS of TV/Radio services for Regulators and Service Operators

Activate your LU800 multi-cam license only when you need it!

LU800: Enrich your productions and cover more events at a fraction of the cost of traditional transmission methods

The reliability of video, audio, and data communications by Artel

Webinar: At home productions by Daniel Pisarski from LiveU

SynchroStream: Time-Synchronous IP transmission and playout of audio and or video content

Calrec Artemis: an audio console for live on-air use has to be both extremely reliable, and easy to operate.

The Road to All IP

Ghielmetti Monitor solution GMS 2100 for TV- and Radio-Studio Use

Broadcaster's Guide to SMPTE 2022 by Artel

SureStream for Broadcast Quality Video and Audio over IP